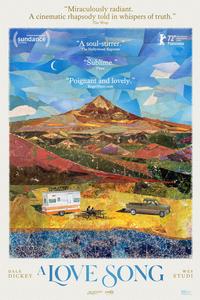 At an idyllic campground in the Colorado Mountains, Faye camps in her trailer. She spends her days listening to birds, catching crawfish from the lake, and scanning her old radio for a station. But most of all, Faye is waiting for Lito, a childhood sweetheart she hasn’t seen in decades... 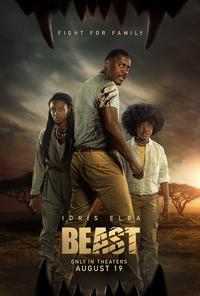 Idris Elba stars in a pulse-pounding new thriller about a father and his two teenage daughters who find themselves hunted by a massive rogue lion intent on proving that the savannah has but one apex predator. Elba plays Dr. Nate Daniels, a recently widowed husband who returns to South Africa, where he first met his wife, on a long-planned trip with their daughters to a game reserve managed by Martin Battles, an old family friend and wildlife biologist. But what begins as a journey of healing jolts into a fearsome fight for survival when a lion, a survivor of blood-thirsty poachers who now sees all humans as the enemy, begins stalking them. 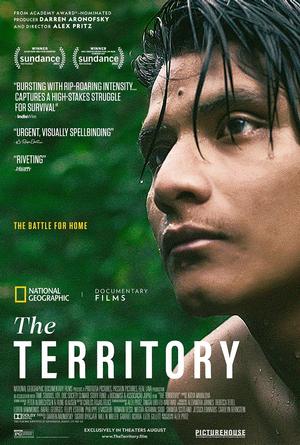 When a network of Brazilian farmers seizes a protected area of the Amazon rainforest, a young Indigenous leader and his mentor must fight back in defense of the land and an uncontacted group living deep within the forest.

Dr. Alithea Binnie (Tilda Swinton) is an academic -- content with life and a creature of reason. While in Istanbul attending a conference, she happens to encounter a Djinn (Idris Elba) who offers her three wishes in exchange for his freedom. This presents two problems. First, she doubts that he is real and second, because she is a scholar of story and mythology, she knows all the cautionary tales of wishes gone wrong. The Djinn pleads his case by telling her fantastical stories of his past. Eventually she is beguiled and makes a wish that surprises them both. 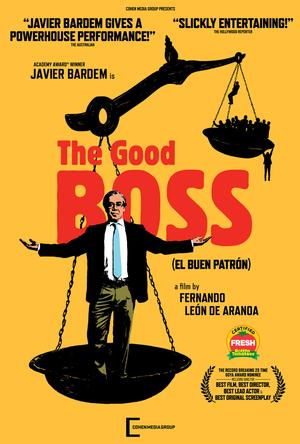 Básculas Blanco, a Spanish company producing industrial scales in a provincial Spanish town, awaits the imminent visit from a committee which holds its fate in their hands as to whether they merit a local Business Excellence award. Everything has to be perfect when the time comes. Working against the clock, the company’s proprietor, Blanco (Bardem) pulls out all the stops to address and resolve issues with his employees, crossing every imaginable line in the process. 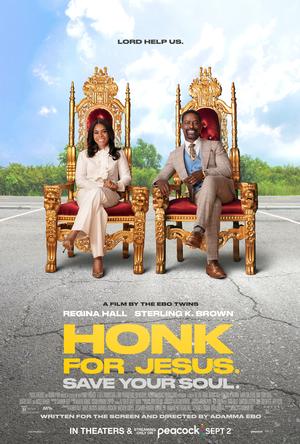 Honk for Jesus. Save Your Soul.

HONK FOR JESUS. SAVE YOUR SOUL is a satirical comedy starring Regina Hall as Trinitie Childs - the proud first lady of a Southern Baptist megachurch, who together with her husband Pastor Lee-Curtis Childs (Sterling K. Brown), once served a congregation in the tens of thousands. But after a scandal forces their church to temporarily close, Trinitie and Lee-Curtis must reopen their church and rebuild their congregation to make the biggest comeback that commodified religion has ever seen. 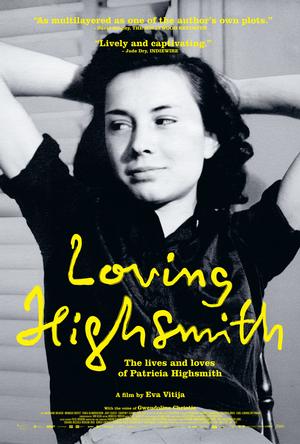 Loving Highsmith is a unique look at the life of celebrated American author Patricia Highsmith based on her diaries and notebooks and the intimate reflections of her lovers, friends and family. Focusing on Highsmith’s quest for love and her troubled identity, the film sheds new light on her life and writing. Most of Highsmith’s novels were adapted for the big screen; the best known of these are Strangers on a Train and The Talented Mr. Ripley. Carol, a partly autobiographic novel, was the first lesbian story with a happy ending to be published in 1950s America. But Highsmith herself was forced to lead a double life and had to hide her vibrant love affairs from her family and the public. Only in her unpublished writings did she reflect on her private life. Excerpts from these notes voiced by Gwendoline Christie (Game of Thrones, Top of the Lake), beautifully interwoven with archive material of her and her most famous novel adaptions, create a vivid, touching portrait of one of the most fascinating female writers. 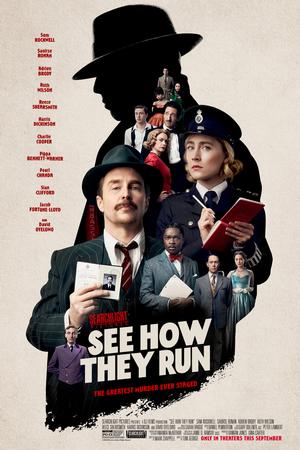 See How They Run

A desperate Hollywood film producer sets out to turn a popular play into a film. When members of the production are murdered, world-weary Inspector Stoppard and rookie Constable Stalker find themselves in the midst of a puzzling whodunit.

See How They Run